Samsung has started rolling out the Android Pie update for its Galaxy On7 Prime (First Impression) smartphone in India, a media report suggests. The latest update brings Samsung’s latest OneUI to the phone, along with the May security patch. It is being seeded as an over-the-air patch and is said to be around 1034 MB in size. Interestingly, several Android-powered phones, which usually get security updates faster than others, are yet to receive the latest package.

As mentioned above, the update brings Samsung’s new One UI, and comes with a slew of other new features. The features include a system-wide Night mode, the Scene Optimizer for the camera, a Kids Mode shortcut in the notification panel, a floating mode of the Samsung Keyboard app, and more. Those who haven’t received the update notification yet can manually check it by navigating to Settings > Software update. 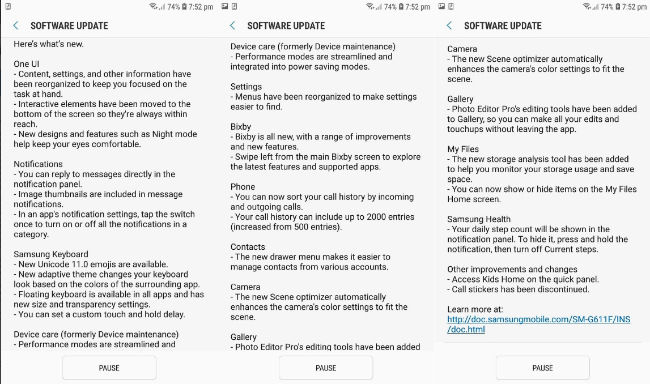 Earlier this week, Google rolled out the May security update to its Pixel and Android phones. The Android bulletin says that the latest patch has resolved a total of 10 issues across Framework, Media Framework and System components. The vulnerabilities range from high to critical, with the most severe relating to the media framework and a remote attacker possibly executing arbitrary code through a crafted file.

According to Google, there were “no reports of active customer exploitation or abuse of these newly reported issues.” However, the update fixes 21 issues with Samsung Vulnerabilities and Exposures (SVE) items. These are the issues that were identified in Samsung’s own software.

The Samsung Galaxy On7 Prime was launched in January last year running on a 1.6GHz Exynos octa-core processor and 3GB RAM/32GB storage and 4GB RAM/64GB storage variants. The device sports 13MP cameras on the front and back with a f/1.9 aperture lens for each. The phone features a 5.5-inch FHD display and comes with Samsung Pay Mini support.